The New Way of Working in times of COVID-19

Ramadan Michel gazes over his bounty of maize, cassava, banana and peanuts. Like most Burundians, Ramadan is spiritually connected to his ancestral land, which provides his main source of income. Besides epitomizing his connection to the past, the future of his expanding family depends on its harvests. Along with 400,000 other Burundians, he fled to Tanzania after the failed 2015 coup d’état, to patiently wait out the instability riling his country. But Ramadan’s eventual return home was bittersweet: He was barred from the land that once belonged to him. It was now being occupied and farmed by his cousin. Tensions between Ramadan’s children and his cousin escalated, landing the family in local court. But the issue remained unsettled. 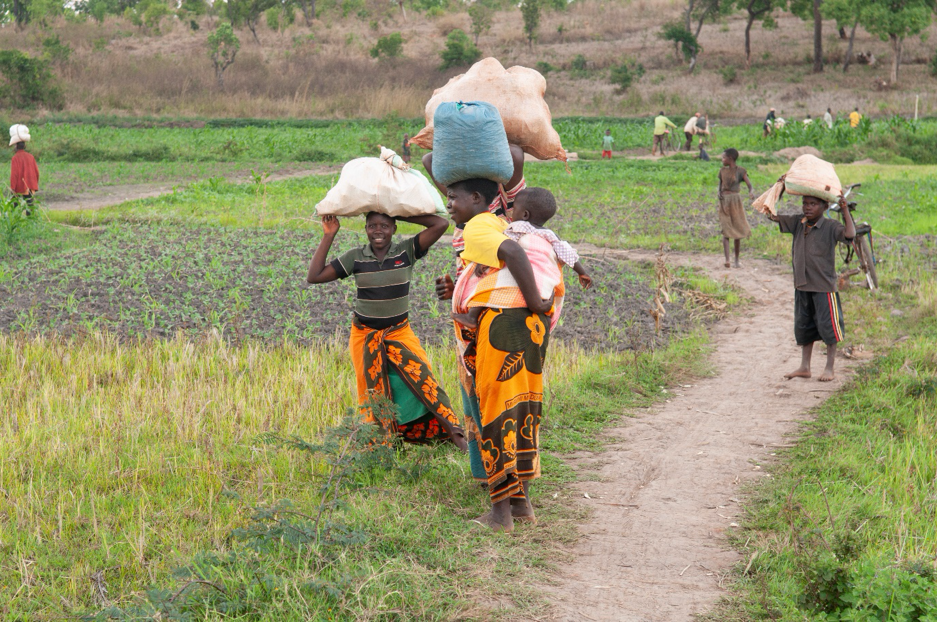 Activities led by IOM for socio-economic reintegration of returnees from Tanzania and internally displaced persons aim to increase access to new means of subsistence, through income-generating agricultural activities. On this project, 250 beneficiaries were trained in entrepreneurial methods and modern agriculture.Photo: UNDP Burundi/Patrice Brizard

This outcome is unfortunately too common. Competition over fertile land in Africa’s second-most densely populated country is a main challenge to building sustainable peace in Burundi. Lack of access to livelihood opportunities is a shared issue in fragile borderlands across Africa often impacted by complex displacement crises. Such crises are likely to only intensify with the arrival of COVID-19, as communities scramble amidst a shortage of resources. To date, the pandemic response has mostly been concentrated in urban areas. But populations likely to be hit hardest by the virus and its side effects may be vulnerable refugees, internally displaced people and their host communities at frontiers of fragile states like Burundi. These are areas where medical facilities are sparse and the rule of law weak; encampments populated with traders and day laborers are often overcrowded and rife for disease to spread rapidly. The closure of borders reduces opportunities for small-scale cross-border traders as borderlands lose this comparative advantage to other types of regions. 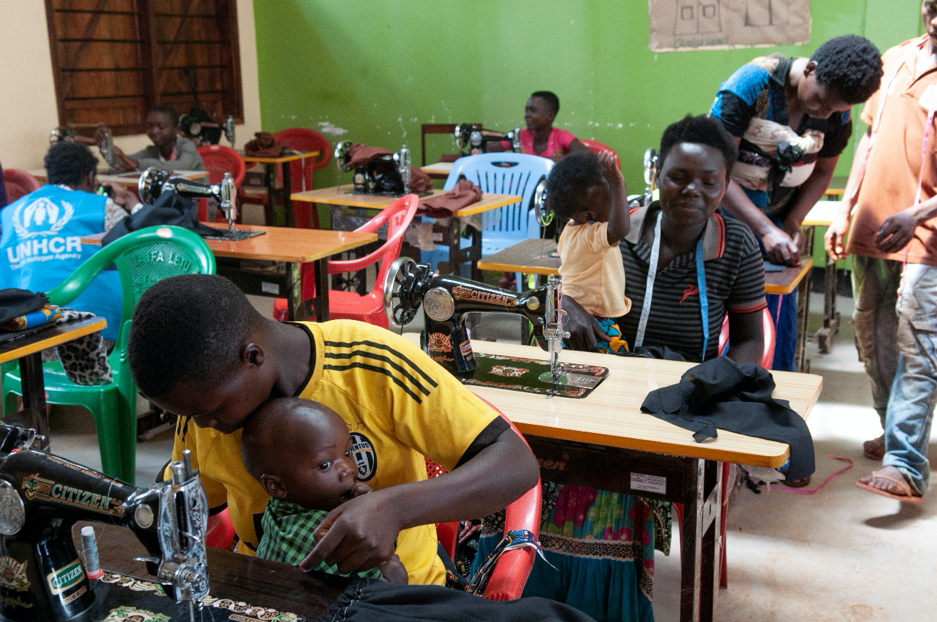 At the professional training center for refugees in sewing, tailor's clothing and carpentry the objective is to build non-agricultural skills which can facilitate alternative income opportunities.Photo: UNDP Burundi/Patrice Brizard

This story tells how supporting the most vulnerable people in borderlands, taking departure in their articulated needs, UNDP can contribute significantly to sustaining peace and maintain fragile areas on a trajectory towards sustainable development, also in times of corona.

Back to Ramadan’s legal case over his disputed land: only after undergoing professional mediation facilitated by a UNDP-led peacebuilding project, were Ramadan and his cousin able to reach a peaceful settlement. In this video, in English and French, Ramadan and fellow Burundians share their personal stories on how their lives, dignity and hopes for their future were restored through joining the UNDP–IOM–UNHCR peacebuilding project on the border between Tanzania and Burundi. 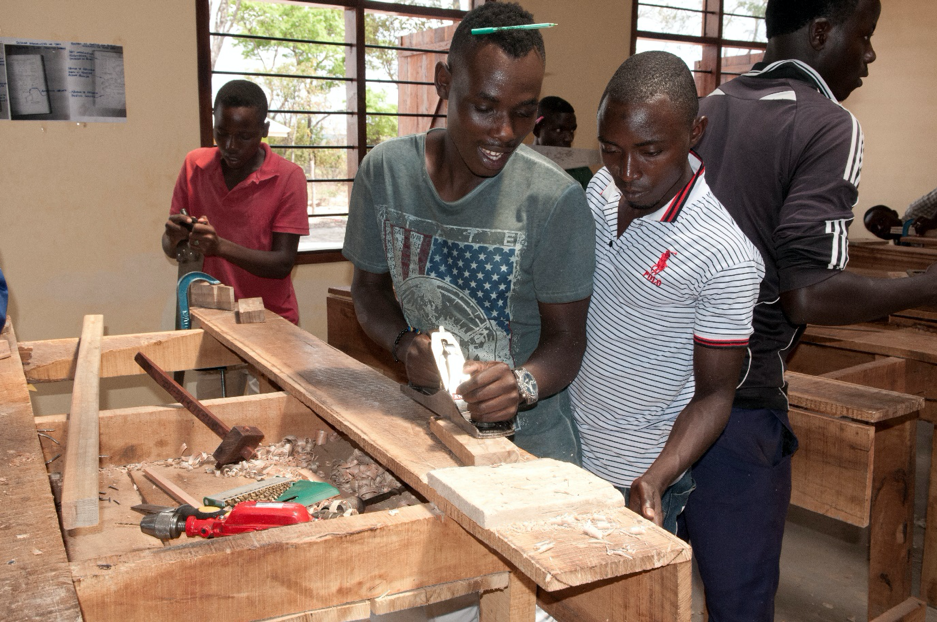 At the Professional training center for refugees, the objective is to build non-agricultural skills which can facilitate alternative income opportunities upon return to traditional agricultural activities. Competition over land between returnees and host communities is a key driver of conflict.
​Photo: UNDP Burundi/Patrice Brizard

A NEW SENSE OF COMMUNITY
There are multiple stories like Ramadan’s that require support to resolve disputes over land and avoid crises from festering. Take Esperance and her family, who came back to Ruyigi, Burundi, with no belongings. Internally displaced and without access to food or shelter, the family relied on the goodwill of their new hosts. For income, Esperance signed up to a cooperative scheme supported by UNDP, together with members of the host community. Her family received seeds and joint training with her hosts on how to grow alternative crops and sustainable agriculture. By producing and selling vegetables in their new cooperative, the returnees and the hosts built a sense of community and were empowered. The hard work gave Esperance and her co-workers a new form of economic independence, along with mutual trust, opportunities of advancements. 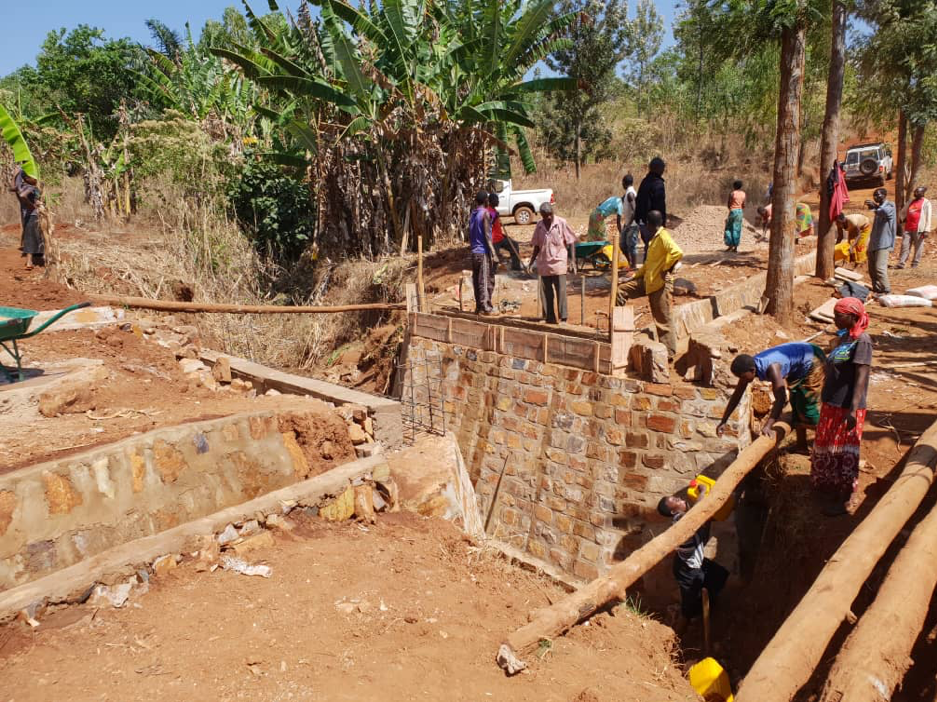 Gisuru, Burundi, border with Tanzania. The construction of a permanent bridge was decided and built by the community, with income provided by the project. The bridge will facilitate the movement of goods and people to Gisuru, especially that of cars which can now pass over this bridge. Photo: IOM Burundi/Pirce Altinok

There are many stories like those of Ramadan and Esperance, as captured in the video and independent project evaluation. Over 2,000 people on the border of Burundi and Tanzania benefitted from the project, which aimed to address the root causes of inter-community and cross-border conflicts. As the UN Resident Coordinator in Burundi, Garry Conille, explains in the video, the UN in Burundi and Tanzania wants to comprehensively address the short and long term needs caused by displaced people on both sides of the border, as well as the host communities.

The project started in 2017, backed by a comprehensive conflict analysis of the UN Great Lakes Regional Strategic Framework and financing from the UN Peacebuilding Fund. It assisted individuals from all groups affected by the cross-border crisis: refugees, host community members, returnees, internally displaced people (IDPs). The project used a people-centred approach for building resilience through jobs and livelihood, bringing together the combined forces of UNDP, IOM and UNHCR to offer immediate protection of the most vulnerable people, without losing sight of lasting peacebuilding and development outcomes. Mandated to protect refugees and migrants, UNHCR and IOM ensured safe and voluntary returns for Burundians, who also benefited from skills training while living in the camps, and income generating activities upon return, supported by UNDP.

At the same time, UNDP established a Community-Based Conflict Resolution mechanism between Tanzanian host communities and refugees. As documented in a recent independent evaluation, the trainings strengthened common understanding and solved family and wider inter-community conflicts between refugee groups and host communities over access to food, water, and firewood. In Burundi, UNDP support, based in the so-called 3 x 6 approach, combined sustainable income generating activities with conflict mediation and legal support to settle land disputes. The evaluation found that this support allowed communities to become self-reliant, as they became able to invest in productive assets through cooperative savings. 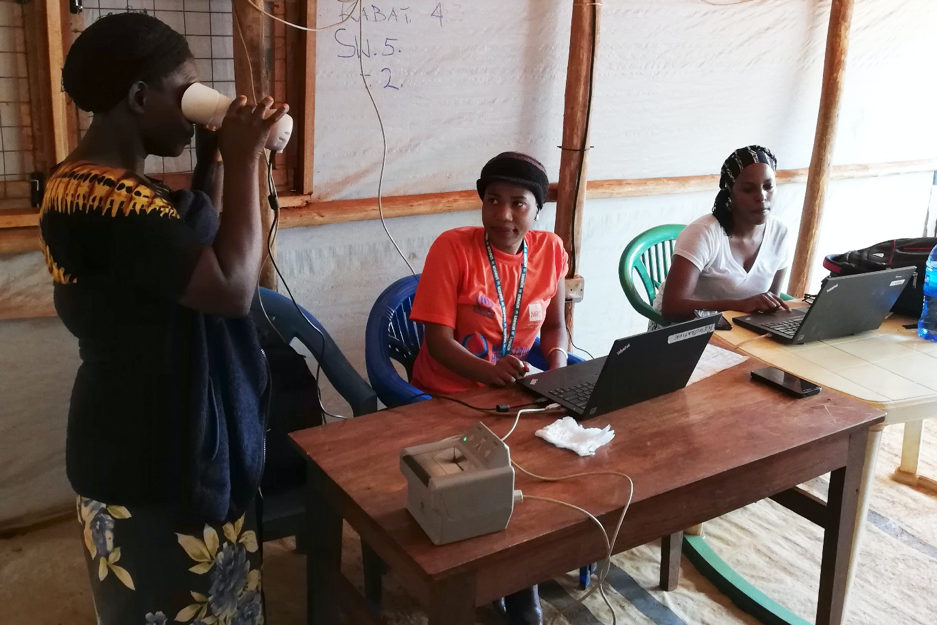 Biometric identification of refugees. Recording of the iris of the eye. Photo: IOM Burundi/Sébastien Reclaru

Leading the implementation of the three-agency cross-border project, UNDP played its SDG integrator role to ensure that the UN’s overall strengths to push towards the achievement of the Sustainable Development Goals were put to use. Linking humanitarian, development, and peacebuilding investments to support border communities in Tanzania and Burundi, the project is a clear example of Delivering as One and the New Way of Working in realising a Humanitarian Development Peace Nexus.